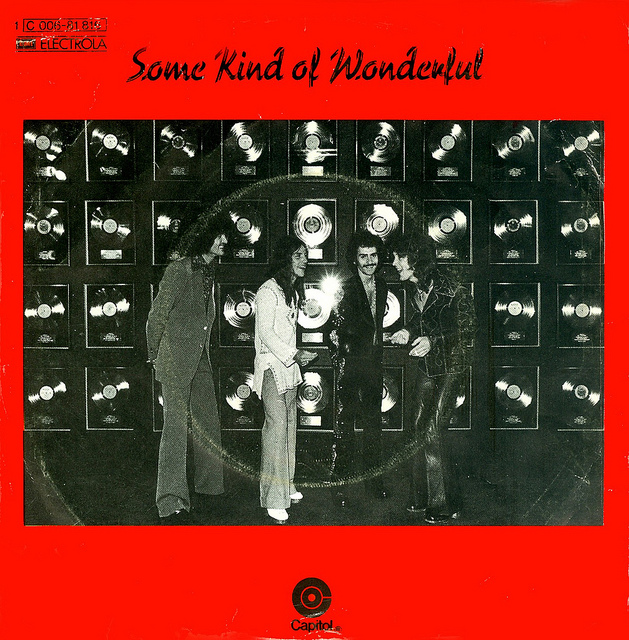 Some water and sewer line projects for the City of Chickasha are expected in the coming year. This week the city council approved the re-bidding of a sewer line replacement project near the intersection of U.S. Highway 62 and 16th Street, a line that has been in need of replacement for about four years. Previous bids for the project were rejected because they were higher than engineer's estimates. The council also approved going out for bids for the second part of a water-line relocation project associated with the Highway 81 bypass.  The project is eligible for nearly 60 percent reimbursement from the state department of transportation.

Chickasha residents having difficulties paying their water bills may be able to get some financial assistance. The city council approved a contract with the Department of Human Services (DHS) to help customers who meet DHS guidelines. The agency receives federal funding to help provide relief to low income families. Funds can be used to pay delinquent accounts and prevent households from getting their water services cut-off.  The program is similar to the Low Income Home Energy Assistance Program (LIHEAP) which helps households pay summer cooling and winter heating costs. Households will be eligible for one-time assistance.

The city council also approved a final payment of just over $5,000 associated with the installation of new electrical panels at Shannon Springs Park for the Festival of Light (FOL). The panels were added to the section of the park north of the dam for the new Frozen Forest light display which added 500,000 lights to FOL. The project was awarded to ETI of Chickasha for a total of just over $100,000. The Festival of Light provided the funds for that project.

Veterans Program to be held at Festival of Light Tonight

Today marks the 81st anniversary of Japan’s attack on Pearl Harbor which led to the United States getting involved in World War II. Area military veterans are invited to take part in a special program at Chickasha's Festival of Light tonight. A short presentation will be held at the Amphitheater for veterans and their families at 6:00 p.m. Parking will be available around the gift shop area. Veterans will have access to all the attractions until 8:00 o'clock this evening.

The filing period closes at 5 o'clock this afternoon.

A memorial service for George Graham, 66, of Chickasha will be held at 2:00 p.m. Thursday, Dec. 8th at Sevier Funeral Home.

Funeral service for Johnny Bond, 78, lifelong Grady County resident will be held at 1:00 p.m. Saturday, Dec. 10th at Cowboy Country Church. He was a veteran of the U.S. Army Reserves. Arrangements are with Sevier Funeral Home.

An Anadarko native who went on to thrive as a California businessman is turning his attention to Chickasha. Chet Hitt made a presentation to the Chickasha City Council last night with a plan to invest several million dollars in the downtown area. Hitt said he is under contract to purchase several properties including the old Savoy hotel and hopes to bring more eating establishments, a souvenir shop, and even horse stables to the area around the Rock Island Depot. We talked to Hitt after his presentation-

Hitt has built successful businesses in both California and Arizona. The city council may ask him to submit a request for a proposal for his plan which could top the $5 million mark. If approved Hitt hopes to begin construction next year.

Ninnekah Students Back in Class After Threat

Students in the Ninnekah school district are back in the classroom today after a day of virtual learning yesterday after a threat was issued toward the district. Superintendent Ashley Davis posted a letter on the district's website last night saying school officials received information Sunday night about a threat to student safety. The threat was turned over to Ninnekah police and the Grady County Sheriff's Office. The shift to virtual learning was made to allow law enforcement time to conduct the investigation and reach all parties involved as well as to protect students and staff. Davis thanked law enforcement for their quick action to investigate the threat.

Alex school superintendent Keith Weldon is retiring. Weldon notified the school board recently that he'll be stepping down at the end of the school year. Weldon has been with the district for three years but he has spent about 34 years in education as a teacher and an administrator. He began his teaching career in Wichita, Kansas and he also taught in Stonewall, Okla. He served as principal in the Varnum and Colcord school districts then served as superintendent at Calumet for 19 years before being hired at Alex. A search for a new superintendent is underway.

Now an update to a story we first aired over the weekend about a woman who led Rush Springs police on a pursuit. The suspect told officers she was not running...she was ‘trying to spread God's message’. A probable cause affidavit indicates the woman was driving 73 miles per hour in a 55-mile per hour zone. The pursuit lasted nearly 25 minutes as the chase went north on Highway 81 to Chickasha. A county deputy deployed stop sticks near U.S. Highway 81 and State Highway 19 but she kept going. She eventually came to a stop in a residential area at 16th and Alabama where she was taken into custody without incident. When asked if she was under the influence of drugs she said ‘yes, marijuana and life’. Arrested was 31-year old Adrianna Laue of Ft. Worth, Texas. She has been formally charged with misdemeanors which include eluding, possession of marijuana, and a municipal DUI. She remains in jail on a $4,000 bond.

Authorities with Ninnekah Public Schools are taking precautions after an unspecified threat was made toward the district. A statement posted on the district's website last night does not provide a lot of information but indicates that law enforcement was notified and made contact with an unidentified individual who is reported to have made the threat. Out of precaution Ninnekah schools will have virtual learning today. Officials said student and staff safety are a priority and the move to virtual learning was made in order to verify all safety measures.

A four-vehicle pile-up northeast of Chickasha on the H.E. Bailey Turnpike shut down a portion of the interstate this morning. The accident occurred in the westbound lanes 6:45 a.m. near mile marker 89. Westbound traffic was diverted onto the shoulder to get around the crash site. The highway patrol reported it was an injury accident but provided no other details.

One Teen Dead, One Injured After High-Speed Pursuit

One Caddo County teenager is dead and another hospitalized following a high-speed pursuit and crash in western Oklahoma over the weekend. The highway patrol reports that officers from the Sayre and Cordell police departments were involved in the pursuit when the crash occurred about 3:00 a.m. Saturday. A 15-year old girl driving a 2001 GMC Yukon lost control of the vehicle then ran off the road and hit a building in Sayre. A 13-year girl riding in the SUV was pinned inside the wreckage for about 30 minutes and died at the scene. The driver was taken to a hospital in Elk City where she was last in good condition. Both teenagers had Apache addresses but their names were not released. Authorities have not indicated why they were pursuing the vehicle.

Open Records Questions to be Discussed By Chix City Council

The Chickasha City Council will go behind closed doors tonight to discuss the state's open meeting and open records acts as they pertain to the city's Economic Development Council (EDC). In October, a resident sent an e-mail to city hall questioning the way the EDC uses some of its funding. The individual said since the EDC receives funding from the city the agency should have to abide by those acts. However, EDC officials say since private funds are also involved it is not required to release that information.

The council is to discuss spending nearly a quarter-million dollars for a new grapple truck for picking up brush and limbs. The current truck has been unreliable and repairs have been costly. The cost of the new truck is just over $233,000 and it is being purchased from a state contract.

The panel will also hold a public hearing to consider a use-on-review request from Micah McCarty. McCarty is wanting to build a more than 600 square-foot building in the 600 block of S. 22nd Street that will not be on a lot with a home, although a home is expected to eventually be built at that address. The building also won't meet the city's facade requirements. Officials say there have been no complaints about the proposal and the planning commission has recommended that the council approve the use-on-review.

School Board Filings Underway in Many Areas

The filing period is underway for candidates who want to run for posts that are open on school boards throughout the state. Candidates must be residents within the office boundaries within the school district in which they live. Candidates must file their declarations at the county election board where their school district is located. It's a three-day filing period - so the filing deadline is at 5 p.m. Wednesday afternoon. Individuals may withdraw their candidacy anytime through 5 p.m. Friday and individuals wanting to protest the filing of a candidate may do so Thursday or Friday before 5 p.m. each day. Should three or more candidates file for one office a primary election will be held Feb. 5th. If two candidates file  for the same office the election will be held April 4th. If no candidates file then no election will be needed.

Funeral service for Rick Everly, 76, of Edmond and formerly of Chickasha will be held at 1:30 p.m. Wednesday, Dec. 7th at Ferguson Funeral Home. 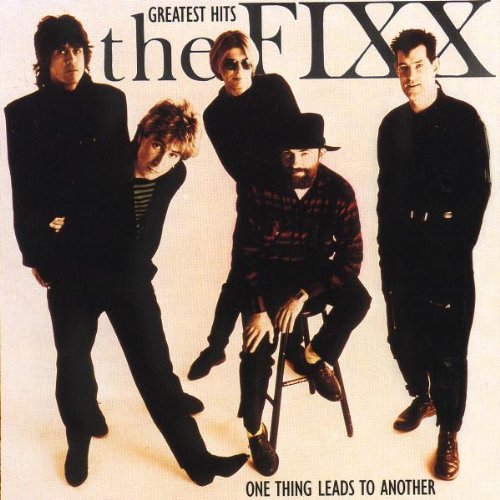 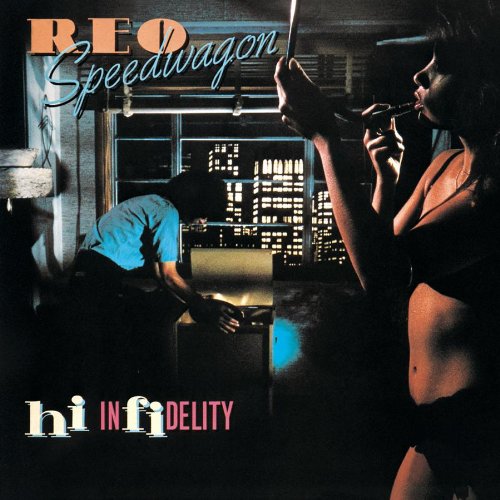 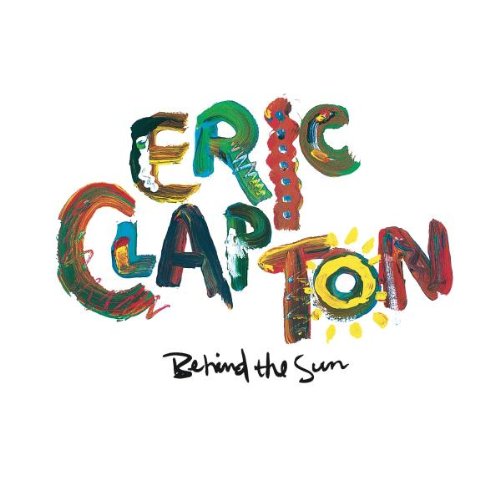 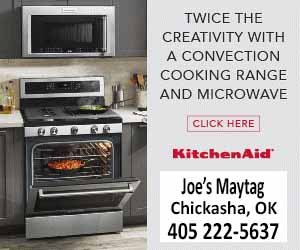