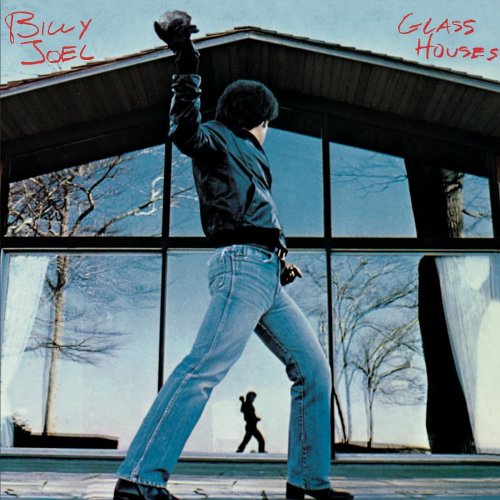 Posted About Two Years Ago by George Plummer

The Grady County Sheriff's Office and Blanchard Police are warning of scam artists looking to take advantage of the COVID-19 outbreak. Officials say individuals have been going door-to-door offering to test for the coronavirus, gaining access to homes and then stealing from residents. Sheriff Jim Weir said the individuals tell the residents that they are from the government, and will provide testing for the coronavirus. Weir said one individual became suspicious of the individuals and sent them on their way. The sheriff said no one from the government will be going from house-to-house offering the testing services. Weir encourages individuals to call their local law enforcement office to report suspicious activity, and provide descriptions of suspects of the vehicles they may be driving.

The latest numbers from the state health department show five new confirmations of the COVID-19 virus. The number grew from 44 on Thursday to 49 on Friday. Grady, Garvin, and McClain counties each have had one confirmed illness while Caddo, Comanche, and Stephens counties have none. There are 33 cases in the Oklahoma City area, with 19 in Oklahoma County, 11 in Cleveland, two in Canadian County, and the one in McClain County.

Gov. Kevin Stitt has announced a new public-private partnership to increase the state's ability to deliver results from COVID-19 tests. The state health department is teaming up with Diagnostic Labs of Oklahoma. It will allow for a faster turn-around to get test results, expected to be within two or three days. More than 300 test specimens were sent to a Dallas facility for testing yesterday. The health department has a limited supply of test kits for those vulnerable to the illness, where results are available within 24 hours. Those susceptible to COVID-19 include the elderly, or anyone undergoing cancer treatment, or serious medical issues. For information, visit the state health department's website, www.coronavirus.health.ok.gov

County Commissioners Meetings to be Tele-conferenced

The governor signed a bill this week allowing public meetings like city councils and county commissioners to be allowed to hold those meetings via teleconference during the coronavirus situation. With the Grady County Courthouse closed to the public, county commissioners will be holding their meetings in this fashion over the next few weeks starting with the Monday, March 23rd meeting which starts at 9:00 a.m. Individuals who want to access the teleconference will have to call ahead of time to get the information needed to access the link. The number to call is 405-224-5211. If technical issues come up during the teleconference, officials will try to resolve them within 30 minutes of when they were discovered. After 30 minutes, the meeting will be stopped and re-convened at 9:00 a.m. on Tuesday.

More postponements have been announced by the City of Chickasha. Police Chief Dee Rowell says all municipal court dates for April have been delayed. The adult court date has been changed to May 5th and juvenile court has been changed to May 12th. Contact the city court clerk for more information. The number is 405-222-6020. The city has also canceled its Monday, April 6th city council meeting. And the city council election previously scheduled for Tuesday, April 7th has been moved to June 30th.

Noblitt will address the city's state of emergency issued in light of the coronavirus problems on Real Estate Today with John Mosley. And, on the KOOL Konversation, Lewis Knicely with the YMCA and Jenn Mikesell will discuss plans for Chickasha's Open Streets program. We have links to those programs under the Community tab on this website.

Officials in Caddo County took action yesterday to close the county courthouse to the general public through April 16th. The courthouse is open for business with officials saying individuals can contact any office by telephone or via e-mail. The Grady County Courthouse had already closed its doors to the public.

The City of Chickasha is taking more action to minimize the spread of the illness. In addition to closing city hall to visitors, officials have closed Lake Chickasha to the public. There will be no boating, fishing, camping, or gatherings at the lake through April 1st. The city has also closed the animal shelter to the public. There will be no animal adoptions, no spay or neuter clinics, and will not accept surrendered animals. The police department will respond to cases of vicious animals or other life-threatening situations involving animals. Mayor Chris Mosley said at this time, officials will not close bars or restaurants, as health officials say crowds of 10 or more people should be avoided. Mosley said many eateries are voluntarily shutting down seating areas and providing curb-side or delivery service.

Gov. Kevin Stitt announced Thursday that Oklahoma is eligible to receive Federal Emergency Management Agency funds to help with efforts to contain the virus. All 77 counties and Native American tribes will be able to apply. The FEMA funding is a 75-25 match. In addition, the governor has approved an order to allow individuals and non-corporate groups to defer income tax payments for 90 days without penalty or interest, though the filing deadline will remain April 15th. The governor also suspended the one-week waiting period for individuals to receive unemployment benefits for those who have lost their jobs.

Officials at Grady Memorial Hospital and the Five Oaks Medical Group are turning to technology to help patients who have routine check-ups with their doctors. Hospital administrator Kean Spellman said the clinics are set up for tele-medicine appointments. Patients can stay at home while talking to their doctor via cel phone, tablet, laptop, or personal computer. Individuals are asked to call ahead and the doctor will call them back. Spellman did say some patients who aren't familiar with the process may need help from family members. Spellman said he is meeting with physicians on a daily basis to discuss the coronavirus situation. He said individuals who visit the clinic or the hospital who have respiratory issues will be sent to a separate area and monitored.

An OSU student from Grady County receives a prestigious honor. Keely Ratcliff has been named an outstanding senior at Oklahoma State. The award is presented by the OSU Alumni Association and recognizes seniors who demonstrate excellence in academics, campus, and community involvement; receives academic, athletic, or extra-curricular honors and awards; scholarships, and work-ethic. Ratlciff is one of 16 students who received the honor. She is a nutritional science major from Amber and hopes to become a physician's assistant and work in a rural area. Ratliff is the fourth generation of her family to attend OSU.

Grady and McClain counties have their first confirmed coronavirus cases. The state health department reports each county with one case each. The number of confirmed cases in Oklahoma rises from 29 to 44.

Closed to the Public Due to Coronavirus Threat

The Grady County Courthouse has been closed to the general public as officials look to do their part to minimize the threat of the COVID-19 virus. In an emergency meeting yesterday, county commissioners made the decision to close the building to the public. All the county offices will be staffed, however. Anyone needing information from any county office can contact them by phone or e-mail. All the telephone numbers to the county clerk, court clerk, treasurer, assessor, emergency management, all three county barns, and the safety program have been posted on the Grady County Emergency Management Agency’s Facebook page. The Grady County OSU Extension Office also will be closed to the public until further notice. Chickasha City Hall is also closed to the public, but offices are open for utility payments. See the city's website www.chickasha.org for information regarding the limitation of other city services.

Grady County Assessor Bari Firestone said despite the courthouse being closed, the office is required to send out notices regarding changes in property valuations. Anyone who disagrees with the new valuation will still have 30 days to contact the office and file a protest if necessary. Firestone said individuals who get the notices will have an extended time to file for homestead or double-homestead exemption and seniors will have more time to apply for valuation limitation freezes.

The state election board has declared an emergency which will impact the upcoming April 7th elections. Officials are encouraging municipalities, school districts, and counties to move the elections to another date. Authorities said regular and statutory elections could be re-scheduled June 30th, which is the date of the state primary election. There is a Chickasha City Council election, an Anadarko municipal election, and some school board elections in the region set for April 7th.

USAO has now canceled all activities on campus through May 9th. That includes the Spring Triad, where hundreds of youth across the state visit the campus for an academic competition, the sidewalk chalk art event, and the Droverstock music series. As of today, USAO business offices are closed for the rest of the week but will re-open next Monday. USAO classes are canceled through March 27th.

Media outlets are reporting that Oklahoma has its first coronavirus-related death. They cite the Tulsa County Health Department as saying a man in his 50s tested positive for the illness on Tuesday and passed away yesterday. The latest numbers from the Oklahoma State Health Department show 29 confirmed cases of the coronavirus. The illness has been confirmed in eight counties but none confirmed in Grady, Caddo, McClain, Garvin, Stephens, or Comanche counties. 378 tests have come back negative and 110 individuals are awaiting results. There are 20 confirmed cases in the Oklahoma City metro area with 14 in Oklahoma County, four in Cleveland County, and two in Canadian County.

The state health department says Oklahoma is running low on coronavirus test kits, and will now only test those most vulnerable to the illness. At a press conference with Gov. Kevin Stitt yesterday, officials said they only have about 100 of the test kits available. Authorities have ordered 500 test kits - the maximum number any state can order - but officials said they did not know when they might be delivered, or even if they would get all the kits ordered.

More Oklahoma 'Firsts' for the Virus

The first nursing home patient in the state has been diagnosed with the virus. The individual was in a Ponca City nursing home, then taken to the hospital following the positive test. The resident was expected to be released from the hospital and into the care of relatives. Officials also said the first child has been found to have the virus as well.

The health department's coronavirus call center has been receiving about 1,000 calls per day and the website dedicated to providing information has had more than 155,000 views. 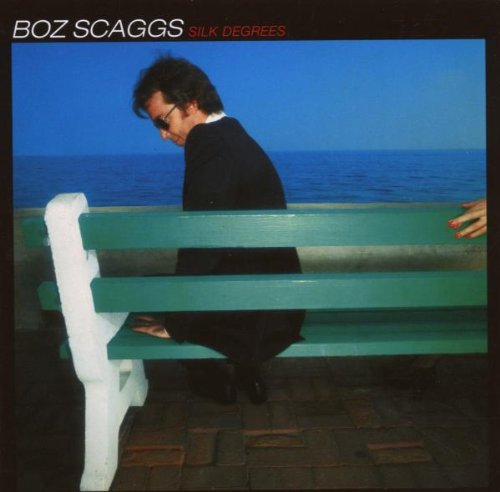 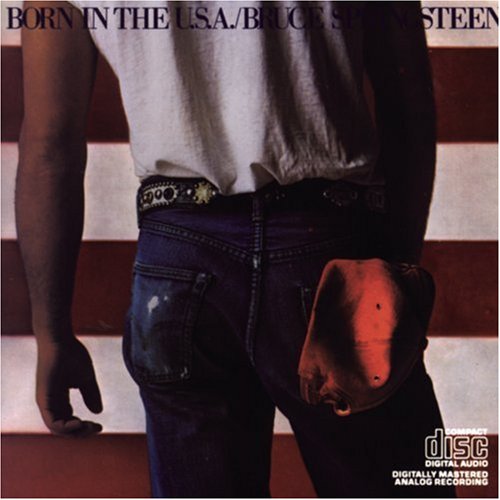 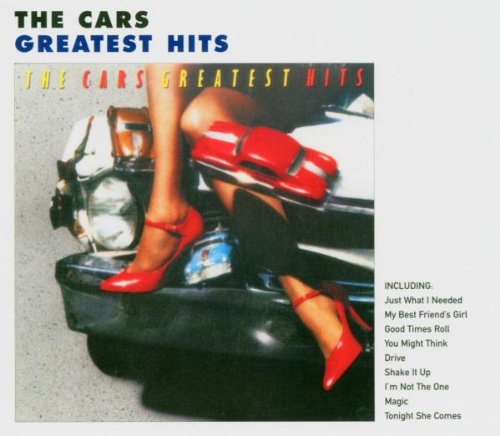 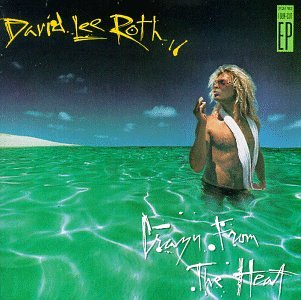