Posted About Four Years Ago by George Plummer

One Dies in Deadly Turnpike Crash

Officials are working to identify the victim who died in a tragic and bizarre traffic accident southwest of Chickasha yesterday. The victim was the driver of a disabled car that erupted in flames after being hit by a pick-up. The accident happened in the eastbound lanes on the H.E. Bailey Turnpike near Mile Marker 74 turnpike just after 3 o'clock Friday afternoon. The highway patrol reports that the vehicle that caught fire had already been in an accident, and stalled just over the crest of a hill in the outside lane of the interstate. One vehicle managed to swerve around the car, but a pick up right behind was unable to avoid a collision, which caused the vehicle to go up in flames. 22-year old Brock Barger of Bixby was the driver of the pick-up. He was not injured. The state medical examiner is working to identify the remains of the individual who died in the crash.

An individual seeing some suspicious activity around his neighbor's barn helps officials nab several burglary suspects. Grady County authorities were called out to a farm northwest of Pocasset Thursday night, after the alert neighbor saw some activity next door. Grady county deputies and Minco police were dispatched to the area, where they found the individuals with about $2,000 in decorative lumber loaded on to a flat-bed trailer. The suspects told investigators they had permission to be there, however the property owner said they didn't. The property owner said he had noticed some lumber missing from his barn over the last week. The four suspects were all hauled off to the Grady County Jail on complaints that include burglary and grand larceny. Arrested were Julie Maxon, Larry Abel, Danny Harrison, and Jerry Stroud. They'll spend the weekend in jail, and formal charges could be filed on Monday.

There's a big rodeo for kids in Chickasha this weekend. The Heart of Oklahoma Youth Rodeo Association has numerous events for the youngsters, some as young as four years old. The events include tie-down calf roping team roping, steer break-away, and steer stopping. Others include goat tying, barrel racing and pole bending. There are four age divisions, with some 150 youth members in the non-profit group. The association's website indicates it has paid out as much as $140,000 in cash and prizes to competitors in one season. Activities are today and tomorrow at the Grady County Fairgrounds. This is the fourth of eight stops for the group this season. They'll move on to Duncan, Purcell, and Binger over the next couple of months, with the state finals in Cherokee in April.

Here's part of what we're talking about this weekend. Chickasha business man Dustin Payne, one of the candidates in next Tuesday's Special Republican Primary Election for House District 51 is this week's guest on our KOOL Konversation. We have the interview posted on this website, under the Community Tab.

Four suspects are in custody in connection with a late night Grady County burglary. We don't have any details, but Grady County Sheriff's deputies take three men and one woman to jail. In custody on complaints ranging from burglary to grand larceny are 42-year old Jerry Stroud of the Lindsay area; 55-year old Danny Harrison believed to be from the Alex area; 52-year old Julie Carlene Maxon from around Bradley; and 45-year old Larry Ray Abel of the Rush Springs region. Ray is also on hold for unknown complaints out of Stephens County. Formal charges could be filed today.

A new under-sheriff has been appointed in Grady County. Sheriff Jim Weir has named Lt. Phil Blevins as the second-in-command at the sheriff's office. Blevins has about 20 years of law enforcement experience. He's worked at police departments in Minco and Union City, and also with the Canadian County Sheriff's Office. Blevins has been a Grady County deputy for about five years, and has served as chief investigator. Sheriff Weir talks about Blevins' promotion.

Blevins' appointment requires the approval of county commissioners, who are expected to sign off on it next week. Blevins takes over the post from Rusty Pyle, who recently retired after serving more than 40 years in law enforcement.

Chickasha city officials will advertise for bids on about a half-million dollars in infrastructure repairs. This week, the city council approved looking for vendors for street and storm drain repairs in the 1500 block of Virginia, and for storm drain inlet replacements throughout the city. Cost estimates for each project is in the $250,000 range. The council also approved going out for bids to improve the right-of-way area in the parking lot just west of city hall. The owner of the building next to the lot recently complained that the lot was built higher than his building, and that every time it rains, nearly all the businesses in that building flood. Estimated cost of the project about $120,000.

The Chickasha City Council will try again to find a vendor to make some upgrades on the Lake Chickasha dam. Last fall the city received four bids, and the only qualified bid was higher than what officials budgeted, so the panel turned it down. A recent inspection of the dam showed no structural deficiencies and that the dam is in fair condition. However some areas need significant improvements. Officials estimate the cost to be about $150,000 and are hoping for more competitive bids this time around. Most of the work will be repairing the dam, removing trees, and doing some fence work.

Utilities Urged to Pass Tax Savings on to Customers

Customers of PSO and Centerpoint Energy could get rebates on their utility bills, if a proposal in front of the Oklahoma Corporation Commission gets final approval. Administrative law judges are recommending those utilities and others give rebates to customers, due to the federal tax reforms approved by Congress and signed by President Trump. Officials say the tax savings the utilities will realize should be passed on to their customers.

One Suspended Chickasha School Employee Back at Work

At least one of the Chickasha school administrators suspended last month has been reinstated. Athletic Director Yohance Brown was back in the office yesterday, more than two weeks after he and several others were placed on paid leave. Brown even attended last night's special school board meeting, where a number of well-wishers welcomed his return. The fate of the other suspended employees is unknown. Pam Huggins, Pete Bush, Greg Hackney, and Stacy Crutchfield were also suspended with pay last month, pending investigations by school officials and lawyers. A school attorney said they were looking into allegations of embezzlement and failure to report child abuse.

It was another standing-room only crowd attending last night's special school board meeting, where new board member, Ginny Howell was sworn in.

Howell was sworn in by school board clerk, Laura Martin. Howell fills the office previously held by Amos Franco, who resigned last month.

Before the meeting, there were reports that another school board member might resign - but that didn't happen. An item on the agenda was to consider any pending resignations, but there were none. The full board was in attendance last night. Julie Hibbard had been not been present at the two previous special meetings.

After a closed-door school board meeting that lasted an hour and twenty minutes, the panel unanimously approved the hiring of a firm to perform a forensic audit of school finances. That came at the recommendation of the U.S. Department of Education. The panel also hired a law firm to serve as the board's legal advisor in upcoming administrative hearings, which are expected to decide the fate of the remaining suspended employees.

A Lindsay truck driver is air-lifted to an Oklahoma City hospital after his semi runs off a gravel road and crashes into a tree. 34-year old Ty Corners was last in serious condition with head, arm, and leg injuries after last night's crash. The accident happened about 4 miles south of Alex just before 7:30 p.m. Wednesday. The Highway Patrol reports that Corners was driving at an unsafe speed, when the 1999 Peterbilt ran off the road and into the tree.

Some revisions to the City of Chickasha's special use permits include potential development of apartments in the downtown area. City Councilman Howard Carpenter wanted to make sure that the change was clear that no apartments could be built on the ground floor.

City Manager John Noblitt said the proposal would not allow apartments to be built in basements or on the ground floor. The revisions were approved during this week’s city council meeting with an 8 to 1 vote, with councilman mark Keeling voting against the measure.

Early voting is underway today in the special Republican primary election for House District 51, which includes parts of Grady, McClain, and Stephens counties. On the ballot are Chickasha businessman Dustin Payne and Marlow Mayor Brad Boles. Early voting is available today and tomorrow from 8 a.m. to 6 p.m.; and Saturday from 9 a.m. to 2 p.m. at county election board offices in Chickasha, Purcell, and Duncan. The district includes most of eastern Grady County, as well northern and eastern Stephens County. There is one precinct in the McClain County town of Newcastle, which is Precinct 15 at Woodland Hills Baptist Church. Voters in that precinct may vote early at the McClain County Election Board in Purcell. Regular precincts will be open next Tuesday, Jan. 9th.

A discussion regarding the impact that small businesses have on the national level is coming up later this month. John Gonzales with the United States Chamber of Commerce is the guest at the first 2018 program by the Chickasha  Chamber of Commerce. The program is next Friday, January 12th at the InterUrban Restaurant. Breakfast starts at 7:30 a.m., with the program beginning about 8 a.m.  Cost is $10 per person and you're asked to RSVP Mark Rathe at the Chickasha Chamber office.

Another special meeting of the Chickasha school board is scheduled tonight, as the panel continues to deal with the suspensions of several employees last month. During the open session of tonight's meeting, the panel is to consider a contract with a legal firm to serve as the board's advisor in administrative hearings. The group will then go behind closed doors to have confidential discussions with the firm concerning a pending investigation, claim, or action. However, no details of those topics are listed on the agenda. After the closed door meeting, the school board may hire a firm to perform a detailed audit of school records. It’s a move recommended by a special agent of the U.S. Department of Education, and Office of the Inspector General.

Will Another School Board Member Resign?

In another development with the school board, another member of the panel may be stepping down. The agenda also calls for consideration of pending resignations of board members, and to take action to vacate any seats. Just last month, Amos Franco stepped down from the school board for personal reasons. The board appointed Ginny Howell to temporarily fill that spot. Howell is expected to be sworn in to the post during tonight's meeting. 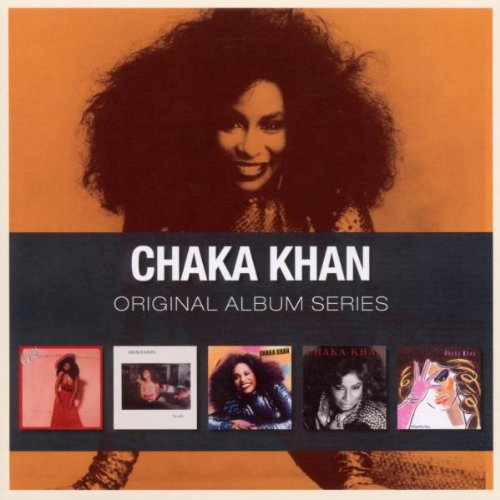 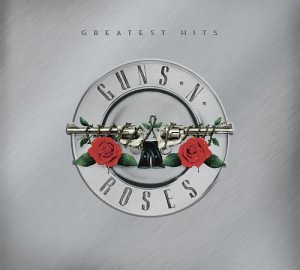 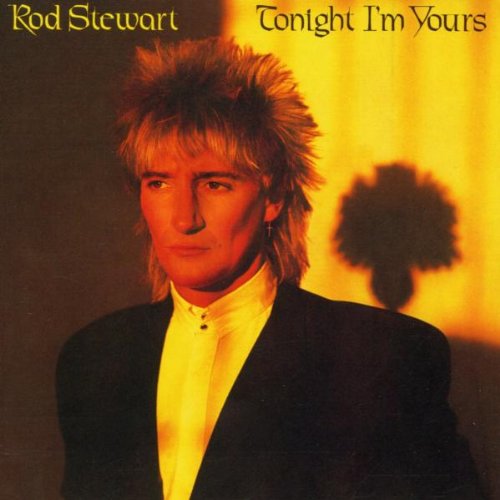 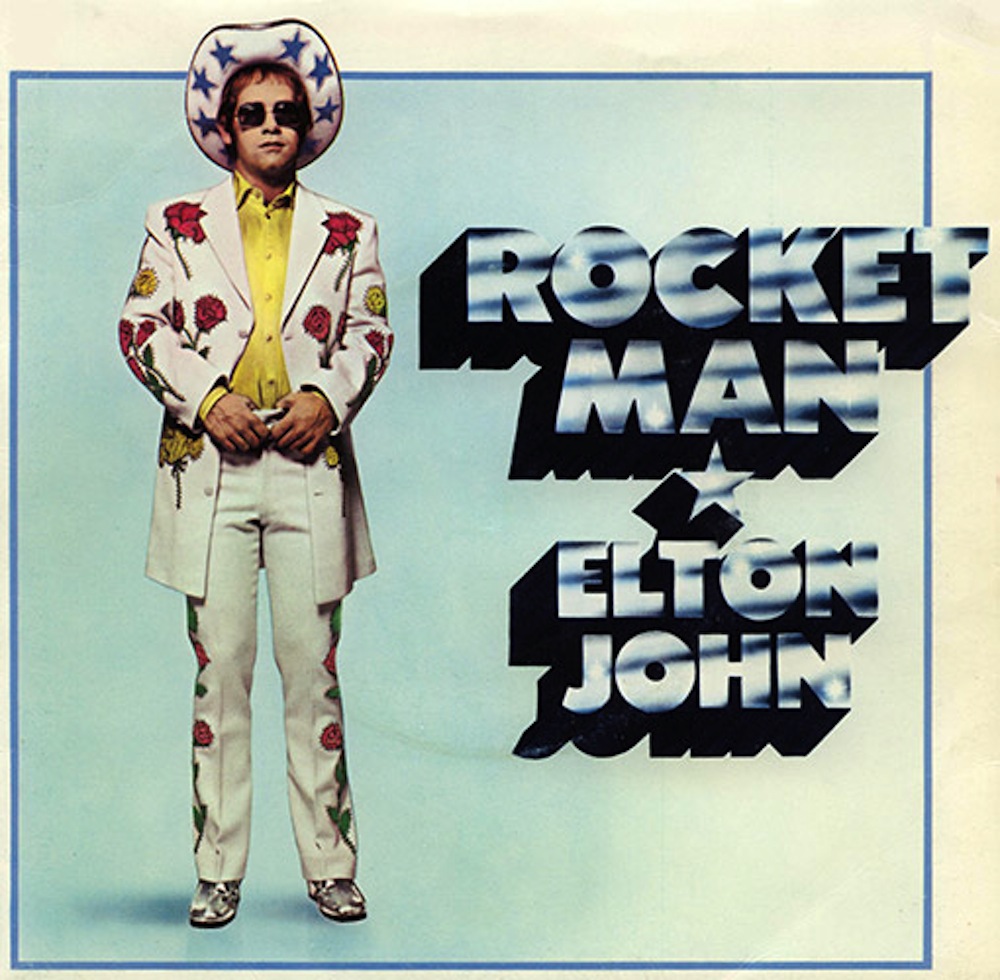