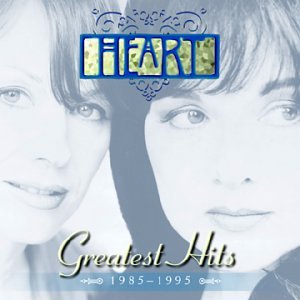 Three Injured in a Weekend Crash, Still in Hospital.

Cyril police officer Bryan Janz has been upgraded from critical to fair condition in an Oklahoma City hospital. Diego Arevalo of Anadarko was listed in stable condition in a Lawton hospital this morning. The Highway Patrol has still not given any details about the crash, which happened early Saturday morning. The crash happened at the intersection of a couple of county roads northwest of Cyril. It was raining at the time. Initial reports were that Arevalo's wife, Marianne, was hospitalized, but officials later said she was treated and released.

An accident early Sunday morning on the H.E. Bailey Turnpike sends a woman and a young boy believed to be her son to the hospital. The 11-year old boy was air-lifted to an Oklahoma City facility, where he was last in critical condition. 41-year old Jennifer Foulk of Oklahoma City was last in fair condition. Both were wearing their seatbelts. That crash happened in the westbound lanes of I-44 near mile marker 87 just before 1:30 Sunday morning. The Highway patrol says the cause of that crash also still under investigation. Both westbound lanes of traffic were shut down for about two hours.

An all-new, 911 phone system will be activated at the Chickasha police department this morning. Sgt. Kori Brewer, who supervises the communications department, says the switch will take place about 9:30 this morning. Brewer says they've already run some tests, and the system is works great. He said the system will even allow dispatchers to follow a cell phone through what's called the re-bid program.

The New 911system has three 911 lines; there are three non-emergency administration lines; and the Grady County Crime-stoppers line. The Motorola system cost $300,000; and will be paid for over 10 years, and it includes all new equipment in five years.

Fishing lands a Weekend in Jail

A Chickasha man spent the weekend in jail for not paying his fine for fishing without a license. 20-year old Travis Anthony Steven HIitter was ticketed for fishing without a license in April of 2015. Court records indicate he was fined about $350, and had paid about $200. However, he had not paid anything since August of 2015. Grady County deputies picked him up Friday, and he spent the weekend in the Grady County jail. He was released this morning.

A long-time vice president at USAO has died.

Bill Smith passed away last week at the age of 92. Smith's career at USAO spanned four decades...beginning in 1973...until his retirement in 2000. Smith served as vice president for administration; and later served as special assistant to the president. Smith was instrumental in reviving the baseball program at the university, and starting the softball team. He was a US marine veteran, serving during World War two and received two purple hearts. A graveside service will be held in Miami tomorrow. Memorial contributions may be made to the Bill and Pat Smith scholar athlete award and scholarship fund at USAO.

Natural gas was up Friday, but down for the week to $2.93 per million BTUs.

Precious metals down for the week as well.

Lawsuits Filed Against the City of Chickasha to be Reviewed by City Council Monday. 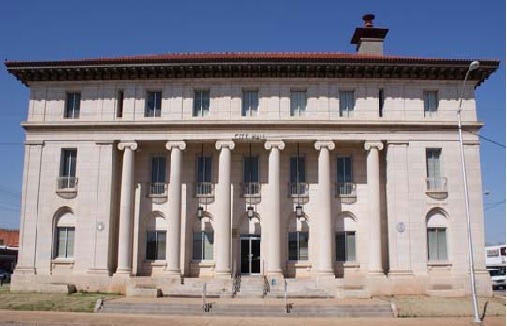 Two lawsuits will be among the discussions in a closed door session of the Chickasha City Council later today. One of them is a lawsuit over an agriculture lease at Lake Chickasha. Phillip Willis claims his family has had an agreement with the city for 60 years; allowing him to lease the land. Last summer, the council awarded the lease to someone that submitted a higher bid. Willis says his family's agreement allows him to match the bid.

Another confidential matter to be discussed with city attorneys is an Equal Opportunity Claim filed by former police officer, Anna Van Dyck. The council will also meet in private regarding negotiations with the Fraternal Order of Police Local 129; and the International association of Firefighters, Local 2041.

Also in the closed door meeting, discussion about hiring a new city judge. The previous judge, Kory Kirkland, was named Grady County District Judge last month. During the open portion of the afternoon's council meeting, the panel is expected to put its stamp of approval on a proposed $15 million budget for Fiscal year, 2018, which starts next week. The group is also expected to OK an independent contract with retired city employee Steve Chapman, to serve as a part time public safety coordinator. The group is also scheduling a July auction of mineral rights leases in Grady County; and present a commendation to animal control officer, Layce Graham.

Construction of the New Surgery Wing at G. M. H. Appears to be on Schedule.

Administrator Kean Spellman says some vertical construction is underway, as the new addition begins to take shape. Spellman talks about what visitors can expect to see when the work is completed.

Spellman says he is anticipating a mid-January opening. There have been no invasive surgeries at the hospital since August of 2014, when state and federal health officials shut down the old surgery rooms.

Local cowboys and cowgirls can get their names in the hat for the 78th annual Chickasha Open Rodeo this weekend. Entries into the rodeo are open tonight and tomorrow with stock contractor, Rafter D Rodeo of Sterling. Bull riding, team roping, barrel racing; calf roping and other events are on tap. Call Rafter D at 580-512-4682 this evening.

Natural gas held steady for the week, at $3.03 per million BTUs.

New Construction in Chickasha Down.

After four straight months of topping the million dollar mark, new construction in Chickasha took a downturn in May. The combined value of commercial and residential construction projects were just under $425,000 last month. The community development department approved 15 total permits. Only four were in the commercial sector. Tops on the list was $120,000 in renovations to the Salvation Army in the 2400 block of S. 16th. A $30,000 upgrade at Hicks Western Wear downtown was approved; a $20,000 remodel to a commercial building in the 800 block of South 3rd; and $10,000 in remodeling near 9th and Chickasha. Since the first of the year, more than $21 million in construction projects have been approved in the city.

An elderly Ft. Cobb man hospitalized, and a woman and a two-year old child are injured in a crash outside Anadarko. 81-year old Edgar Johnson of Ft. Cobb was last in fair condition

in a Lawton hospital with head, trunk, arm, and leg injuries. 21-year old Jada Meeks of Anadarko, and a two-year old girl in her car, were taken to hospitals in Lawton and Anadarko. Both were treated and released. The accident happened at the intersection of a couple of county roads about 2 1/2 miles west of Anadarko just before 5 o'clock Sunday afternoon. The Highway Patrol reports that Johnson collided with Meeks vehicle, when Meeks failed to yield at a stop sign.

A weekend arrest made by Grady County sheriff's deputies comes after a man scuffles with an officer of the law. 34-year old Ricky Lee Buchanan is being held on complaints that include possessing, receiving, or concealing stolen property; aggravated assault on a police officer; drug possession; and resisting arrest. No details are available about the arrest. Buchanan was booked into the Grady County Jail Saturday afternoon.

Chickasha police arrest a man wanted for violating probation on a burglary conviction out of Pottawatamie County. 34-year old Dale Ray Stidham was taken into custody Saturday night. The website On Demand Court Records indicate Stidham received a 10-year deferred sentence after pleading guilty to a 2014 burglary. A warrant was issued for his arrest last month.

State lawmakers did finally agree on a budget for the upcoming fiscal year. Some wanted to see higher fuel taxes to help fill a gap. State Senator Lonnie Paxton said while nobody likes high taxes, he supports fair taxes...and gives this example regarding the fuel tax.

Paxton was on our Real Estate Today program with John Mosley over the weekend.

The Oklahoma Freewheel is underway! Each June, hundreds of long-distance bicycle enthusiasts take about a 400-mile, week-long trip through the Sooner State. The ride started in Wichita Falls, Texas yesterday, with riders making a stop in Comanche. Today, they'll take a short trip up Highway 81 to Duncan, and then tomorrow, they'll be arriving in Chickasha. An estimated 350 cyclists will be arriving in Chickasha tomorrow morning...with a welcoming site at Shannon Springs Park. The riders will spend much of the day in town...and will head out early Wednesday morning for the ride to Kingfisher. The whole thing will end in South Haven, kansas on Saturday. The Freewheel is taking a route very similar to the historic Chisholm

Trail, which is celebrating its 150th anniversary this year.

That's down 15 percent from the first of the year.

Natural gas was up slightly to $3.04 per million BTUs.

Week of June 5th, Through 9th

Unemployment Rates are Down. 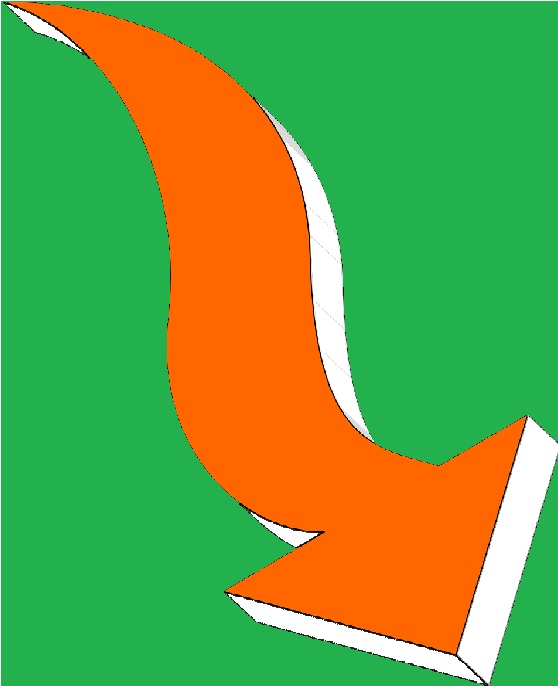 Jobless rates are down in just about every county, The Oklahoma Employment Security Commission reports unemployment in Grady County fell from 4 percent in March, to 3.7 percent in April. That's down one full percentage point from the same time a year ago. The report shows that about 960 workers out of the more than 26,000 in the labor market didn't have a job in April, but were seeking employment through the state agency.

The Caddo County jobless rate drops from 4.4 percent in March, to 4.3 percent in April. Just over 500 of the nearly 12,000 people in that labor market were without a job. In Stephens County, unemployment was down to 6.5 percent, about 1,100 workers of their more than 17,000 in the labor pool. Garvin County unemployment down to 4 percent.  With 500 individuals out of a labor force of 12,000-plus without work. Comanche County was down to 4 percent, with some 2,000 individuals out of a labor force of 50,000 without a job.

Steve Chapman is Back

Long-time city of Chickasha parks and rec director Steve Chapman is back at city hall. Chapman has agreed to serve as a part-time emergency management director. The city dissolved the full-time position that was held by Crystal Kuhn a couple of months ago. Chapman retired last year after working for the city for 36 years. Chapman will serve as an independent contractor through the end of the year .The contract will allow Chapman to purchased health insurance and pay the same amount that full-time employees pay. That rate is less expensive than for retirees. The contract is expected to be approved by the city council, when that panel meets later today. The city will have to spend more than a quarter-million dollars to cut off abandoned water lines along 4th street. This comes after the city replaced the eight- and 12-inch water lines from Kansas to Tennessee. Officials are recommending that the contractor cut off the abandoned lines by boring under 4th street, in order to avoid any traffic problems. A less expensive alternative would only cost about $125,000, but it would impact traffic, and the contractor would have to cut into the recent concrete upgrades on the roadway. The low bid for both options come from Danny Wick Excavating.

The Heat and Air Still Out a CPD

The heat and air system at Chickasha Police Headquarters has not been working for some time. The cost to replace the system has a big price tag...nearly $90,000. The outage impacted all the administrative offices, including that of the police chief and assistant chief; the front lobby; records areas; neighborhood services; and the municipal courtroom. Four companies submitted bids for the system, but officials say the only bid that met the requirements came from DeHart Heating and Air. The city council is expected to approve the bid. The panel is also expected to approve an emergency purchase for the fire department. The agency had a catastrophic failure of the compressor that fills the SCUBA tanks that fire fighters use when entering buildings on fire. The cost of the compressor is about $17,000. 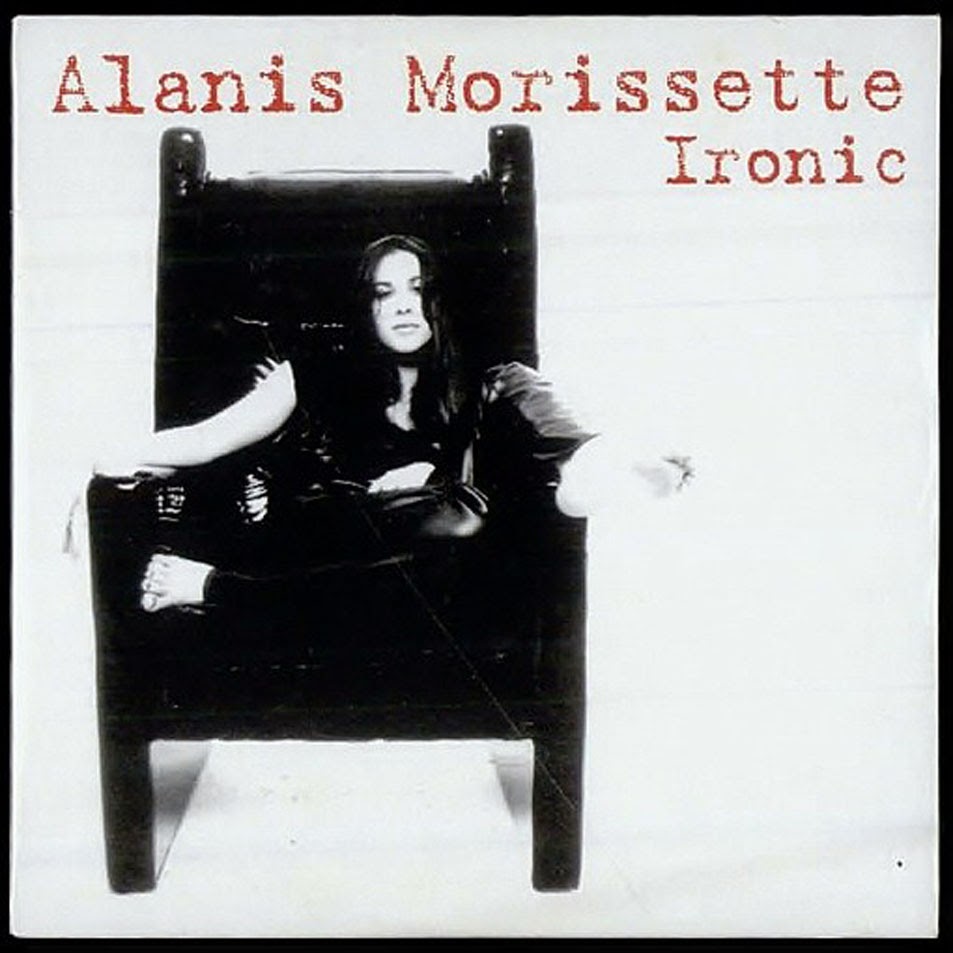 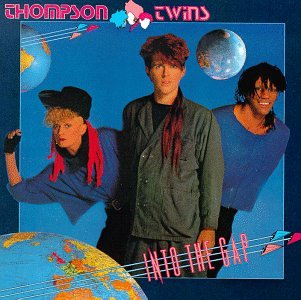 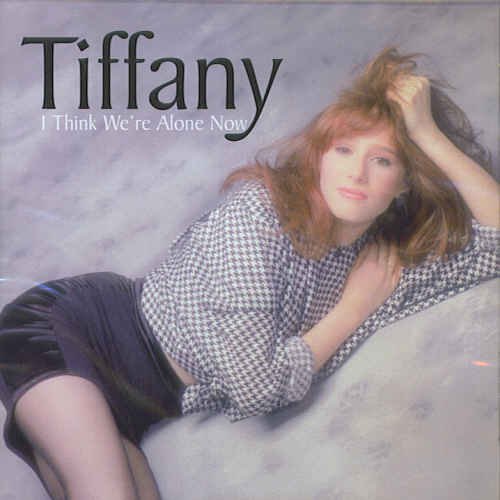 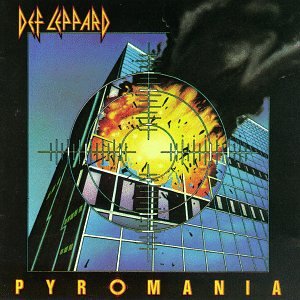